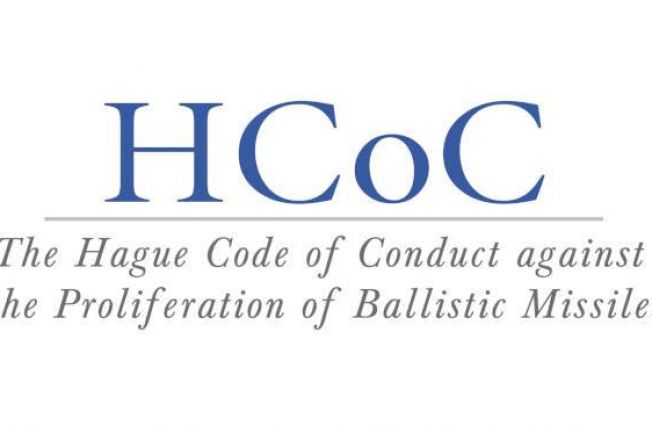 My delegation would like to express sincere congratulation to Switzerland and you, Ambassador Benno Laggner for assuming the Chairmanship of the HCoC. Armenia stands ready to render its support to your Chairmanship in promoting the universalization and full implementation of the Code. We would like to also express our gratitude to Norway for its tireless efforts undertaken during its Chairmanship as well as to Austria for its efficient support as the Immediate Central Contact.

We reaffirm our commitment and support to universalization of the Code and its full implementation. Therefore, Armenia will support and vote in favour of the HCoC Resolution at the ongoing UN General Assembly session as it was the case with regard to similar resolutions of the previous years.

Armenia has always invited the attention of the international community on the facts of acquisition of large amounts of ballistic missile systems by Azerbaijan, which resulted in extremely dangerous arms race and undermines the security and stability in the region.

Unfortunately, the lack of international reaction to those calls and the reluctance to address our concerns in an efficient manner have served as an encouragement for Azerbaijan to further carry on its militarization.

And today the heavy weaponry which exists in excess in the arsenal of Azerbaijan is being used against the people of Nagorno-Karabakh and its civilian infrastructure in violation of all norms of international law.

During its renewed aggression against Artsakh (Nagorno Karabakh) since September 27, 2020, Azerbaijan has employed almost all arsenal of its weaponry against the people of Artsakh. And when I say “against the people” it is not an exaggeration as ever since September 27th, for more than two weeks the densely populated settlements of Artsakh including the capital city of Stepanakert, the second largest city of Shushi and Martuni have been deliberately and regularly shelled by Azerbaijan using heavy artillery, multiple-launch rocket systems, aviation, including combat drones and airplanes, long range precision missiles with cluster munitions as well as ballistic missiles.

For instance, on October 2nd at around 10.30 in the morning, Azerbaijan launched Israeli made LORA long range quasi-ballistic missile targeting a bridge on a highway connecting Armenia to Nagorno-Karabakh. The destruction of this bridge in case of more precise strike could have a severe humanitarian impact on the people of the region.

On October 4th at around 6 pm, Azerbaijan struck operational-tactical ballistic missiles at the residential buildings of Stepanakert causing deaths and injury among civilians.

On October 7th, the Cultural Centre of Shushi was wiped out reportedly by another LORA long range quasi-ballistic missile. At the moment of shelling there were tens of women and children hiding in the basement. Unfortunately, according to reports there are civilians killed and wounded. For those not familiar with the technical characteristics and capacities of LORA missile, let me inform you that it has a circular error probability of 10 meters which means that the strike was a deliberate and targeted, hence exposing the criminal nature of the orders of the politico-military leadership of Azerbaijan.

It is obvious that with such shelling of settlements, Azerbaijan pursues only one goal: to wipe out the entire territory of Nagorno-Karabakh from its indigenous population either through its extermination or through intimidation  to leave their homes under the threat to life and seek shelter out of Artsakh. This is a clear case of ethnic cleansing committed by Azerbaijan with the help and active engagement of Turkey and their terrorist fighters transferred by Turkey from Syria and Libya to Azerbaijan to fight against the people of Artsakh.

Along with military aggression against the Republic of Artsakh, Azerbaijan together with Turkey has been engaged in a massive disinformation campaign trying to mislead the international public opinion and to promote the Turkish-Azerbaijani narrative about their aggression.

As a result of that campaign a large number of fake materials was spread on the internet and social media by the joint propaganda machine of Azerbaijan and Turkey.

For instance, there were photoshopped images of a missile used by Armenia against Mingachevir power station, which was accurately placed into a carefully drilled hole without even slightly damaging the area around the hole or the body of the missile.

There was a footage disseminated by the Azerbaijani propaganda gurus of allegedly Armenian ballistic missile destroyed by the Azerbaijani air defence over the Mingachevir city, which later was removed from the official accounts of Baku after it was revealed that the footage was from the Israeli operation in Gaza in 2018.

There was another video footage disseminated by the Azerbaijani propaganda media showing the launch of “SCUD” ballistic missile claiming that this was the one that has been launched at the city of Mingachevir. However, on the video it was clear that the time of the year was mid-spring with lots of fresh grass in the surrounding. But now its mid-autumn and at this time of the year the greenery in Artsakh is completely dried down by the sun.

I am not going to speak about photos, claiming that Armenia allegedly used Israeli-made (M095 DPICM) cluster munitions against Baku-Tbilisi-Jeihan pipeline, without giving proper consideration to the fact that Armenia does not possess Israeli-made weapons.

It is clear that Azerbaijan is disseminating such disinformation with a simplistic intention to destruct the attention of the international community from the acts of war crime committed by Baku against the people of Artsakh and on the other hand for preparing grounds for further escalation of the situation and targeting of densely populated settlements in Artsakh.

But the problem is that the leadership of Azerbaijan is missing one important point - that the world is closely following their acts of war crime, the judicial portfolio of which is thickening day by day. In its statement on October 9th, the UN High Commissioner for Human Rights Michelle Bachelet has noted, “A large number of buildings, including houses, schools, and other civilian facilities are reported to have been destroyed – the vast majority were located in Nagorno-Karabakh”. It is hard to imagine a clearer distinction between the victims and perpetrators of war crimes and ethnic cleansing.

We understand that Azerbaijan and Turkey have their own interpretation of the International Law. However it is out of any imagination and utterly deplorable to see that the Delegations of those countries are referring to the right to self-defence under the Article 51 of the UN Charter in order to justify the systematic and deliberate shelling of densely populated settlements and civilian infrastructure in Artsakh. In fact, Azerbaijan and Turkey are currently committing war crimes and ethnic cleansing in Artsakh under the pretext of the UN Charter and its selected principles. This is probably the most immoral insult to the system of international values and norms which the mankind has been cherishing for such a long time.

I want to remind the delegation of Azerbaijan and Turkey that there is no single norm of the international law which could justify the systematic and targeted attacks against civilians and destruction of civilian infrastructure, and that their governments are at this very moment carrying out war crimes. Nothing more, nothing less.

One thing is important to note, that with its deliberate crimes committed against the civilian population of Nagorno-Karabakh, Azerbaijan has effectively lost, and I emphasize, even the moral right to claim any sovereignty over the people of Artsakh.

There is an ample evidence that confirm the deployment of foreign terrorist fighters to fight on the side of Azerbaijan against people of Artsakh. The same evidence discloses the key role of Turkey in this matter. Turkey has deployed terrorists from northern part of Syria, Libya to Azerbaijan to use them against people of Artsakh (Nagorno-Karabakh). About 3-4K mercenaries were deployed to participate in the ongoing war against Artsakh, as reported by multiple media sources and investigations. The deployment of foreign terrorist fighters and their involvement in the Nagorno-Karabakh conflict by Turkey has been regularly confirmed also by dignitaries of many countries, which possess necessary intelligence.

Based on those facts, the Government of Armenia has lodged two applications at the European Court of Human Rights requesting the Court to apply interim measures both against Azerbaijan and Turkey. The Court decided to apply the Rule 39 of the Rules of the Court regarding the interim measures on both accounts. This means that the Court, having considered the evidence provided by the Government of Armenia as well as numerous video and photo publications and witness accounts by local and international media and humanitarian organisations, found that Turkey’s involvement is beyond any doubt.

And those countries have the courage to speak about the international law in this August Chamber. The terrorists have put on the skins of sheeps and try to present themselves as victims.